skip to main | skip to sidebar

The new salesperson is "plugged
into" an industry rather than plodding from customer to
customer.

Traditionally, business-to-business selling involves face-to-face
conversations. However, the road warrior is becoming increasingly
rare in the business world, according to a study by "http://jamesoldroyd.com/">Dr. James Oldroyd, the world's top
researcher in the mathematics of selling.

Even salespeople who DO meet with customers face to face are
doing so much less frequently than in the past. Oldroyd's study
revealed that more than two-fifths of all customer conversations
conducted by "outside" salespeople are done over the phone.

The shift away from face-to-face selling is driving many top
companies to hire and cultivate people who can become
subject-matter experts and communicate with customers with a
combination of email, phone, texting, social media, and Web
conferencing.

Oddly, the sales training world doesn't seem to have caught up
with this trend. Probably 90 percent of the sales training
courses available assume that there will be face-to-face
meetings. The other 10 percent cover cold calling.

advantage that distance does not allow. Efficiency does not
always mean better business. Yet we all have to change our
business in this digital world.

A new survey shows that more small business owners use LinkedIn
more than any other social media platform.

Of the 835 business owners surveyed, 30 percent use LinkedIn
regularly-making it the most frequented platform-and 41 percent
nominated it as the most valuable agent for growth.

Small business owners said LinkedIn encourages effective
engagement when compared to other outlets, and its impact is more
enduring, especially in contrast with Tweets, according to the
article.

Not all social media experts agreed with the findings, including
Maurice Freedman, the founder of digital creative agency Zaah
Technologies, which consults on digital media strategy with
celebrities as well as large brands, including Maxim.

"I can't imagine trying to use LinkedIn to promote my business,"
he said. "As far as finding good people to work with at the
partnership level, I think it does work. But to expand your
masses from LinkedIn, I don't know who's receiving that
information well. It's the 2013 version of cold-calling from the
yellow pages."

The survey indicated Facebook is the second-most utilized
platform, carrying 22 percent of owners, followed by Twitter,
with just 14 percent. Owners calculated social media's value by
how many page views or returns their online efforts can generate,
the article reported. Melissa Marie Fassetta, the social media
manager at Zaah, said determining a platform's potential depends
on the type of business.

"If they're looking to get to the consumer, Facebook could be the
best, especially if you're going after a younger demographic,"
she said. "But if you're looking for a more professional
demographic, LinkedIn would be the way to go."

The platforms that have the worst potential to improve numbers
are Pinterest, Twitter, and Google+, respectively, according to
the survey. And about a third of owners surveyed said they do not
make use of social media at all in their businesses.

Local and Online Marketing by Eggy 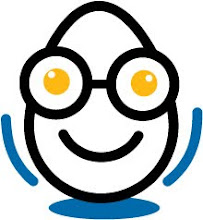